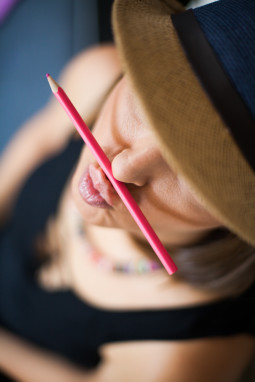 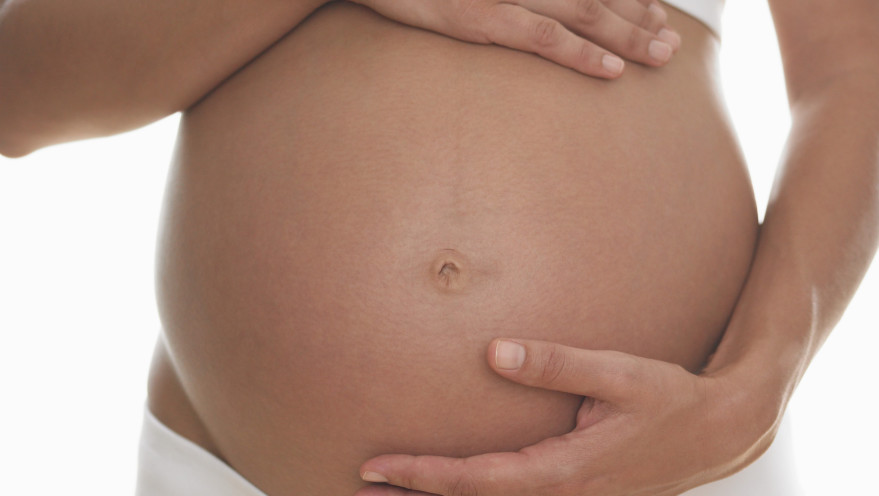 Hyperemesis Gravidarum or How I Survived Excessive Vomiting in Pregnancy

I am one of the lucky ones that suffer from excessive vomiting in pregnancy or, medically speaking, having the condition called Hyperemesis Gravidarum. While I was going through this, very little information and personal experiences I could find online. I assume that all pregnant women were either busy vomiting or actively trying to forgetting about it. That’s why I got the desire to share my experience with the few whose pregnancy is like this – you are not alone.

If you have by any chance heard of Hyperemesis I’m sure this is so because of Kate Middleton, the wife of Prince William, who endured vomiting with dignity during first trimesters of both her pregnancies, because let’s be clear, she is the Duchess after all. Joking aside, a very small number of women, only 1-3%, are honored that their pregnancy begins, and even more rarely ends with this condition and in a total agony. What do the doctors say often is that either no one knows the exact cause of this condition, or vomiting indicates a healthy and resilient fetus and that you do not need to worry as long as you vomit. Due to the inexperience with Hyperemesis, often doctors are looking at me sidelong and treated according to the scheme – you are just a little too “sensitive” (read: arrogant hypochondriac).

However, both my pregnancies have looked like this: I find out that I am pregnant and in the week six I am in constant nausea and vomiting up to 30 times a day, together with pain in the stomach and abdomen, struggle with dehydration, weight loss, weakness, depression, infusion in the morning and evening, crying episodes and so on for exactly 10 weeks when the torment stops suddenly just as it started. Most pregnant women feel nauseated and vomit several times in the first trimester but this “special condition” means that if I took two sips of water, I will throw up almost a liter of God-knows-what after a few minutes and then some more through the agony of uncontrolled twitching of the womb trying to expel absolutely everything from the stomach and so dozens of times a day.

In my first pregnancy, after two days of constant vomiting, nausea and pain, I was hospitalized in the Zvezdara hospital, pathology of pregnancy, where I was diagnosed with this fabulous condition, have been given infusion and some magic drug from which everything stopped! And of course, as with any normal jinx returned on the third day again! For those two days I did not even vomit once, was almost without any feeling of nausea and was able to eat and drink a little.

After a few weeks of going to and from hospital, dealing with agony and non-professional health workers of all kinds and their comments such as “you are a little scared us is not it ?!” (as if I was some hysterical teen and not a woman of thirty something) and pure gold as the statement of Gastroenterologist that I am going through this because I’m not married in a church?! Hubby and I decide that there is no more fooling around. Together with my gynecologist who runs my pregnancy, and who had not had such a case, we begin to seriously explore the net and the registers of drugs and medications for the magic drug that I was given at the hospital. It is Kytril, an anti-emetic administered to patients undergoing chemotherapy for the prevention of nausea and vomiting. It is categorized as B (US FDA pregnant categorization), such as the great majority of other drugs, meaning animal studies have not confirmed a risk to the fetus, but studies in pregnant women have not been done, of course. Do not pretend to know exactly the details of pharmacology and try to be responsible end confirm the details of my allegations yourself. 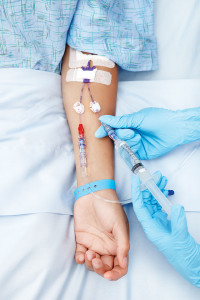 As my condition worsened, with regular visits to a private clinic for morning and evening infusions, broken veins, weight loss, malaise, abdominal pain and other magical allure of this situation, together with the gynecologist we decide to take the lowest dose intravenous Kytril, who we back then (2009) purchased in the state owned pharmacy for a decent amount. I was completely covered by this magic drug for two full days and on the third had to take next dose. Why is it so even now I do not know because the experiences of other women are a bit different. Women around the world were usually taking Zofran (which we then did not have access to) for excessive vomiting in pregnancy several times a day in addition to obligatory infusion. Because of these full ten weeks of torment, mental and physical, I could not even get to be happy and look forward to the long desired child because most of the time I laid curled up on the bed or the floor with the washbowl and scented sticks in my hand because I was extra sensitive to any smells which caused me to vomit even more. My troubles suddenly came to an end. One of the “third days” arrived, I went for the infusion and was feeling well, then the fourth and then fifth… I knew my torment ended. I was in week sixteen then and the rest of the pregnancy was fantastic until the actual delivery, but more on that some other time.

The second pregnancy and of course the same scenario. It’s week six but now we’re older, smarter and better prepared of course. It’s the year 2013; we learned that there is that drug in tablets (yes!, needles and infusions are out) but, as always in my case it’s not going to be so easy – it can’t be found on the market. However it is still sold in very suspicious and famous private pharmacy in the downtown which everyone knows and no one talks about, where you can buy almost anything if announced by right person. We are not at ease because of the atmosphere of “dealing” but we are told it’s not big deal and that is the situation with drugs in the country. Again, in consultation with the same gynecologist I take the same minimum dose of Kytril once every three days. This time I’m trying to take smaller quantities and to see how will I endure the torture and avoid being dehydrated. Like the previous time the suffering stopped suddenly in week sixteen.

The second time it was much easier because in ten weeks I threw up as much as in just one day in the first pregnancy and knowing it would all end relatively quickly. What are ten weeks of agony versus the little loaf that you’re going to love and cherish all your life. The price you pay is not that high knowing what you are bringing to the world; I’d pay it a few more times, in fact, to be honest, maybe even just one more 🙂 and I have a beautiful three year old who jumps on my back while I vomit, imitating me and rolling in laughter. The remainder of that pregnancy goes somewhat harder, baby is stubborn and feels like a “Princess and a pea”, everything seems to bother him and he always kicks until i change position or turn down music. I reckon he will be a dictator and I was not wrong. The birth went well as anyone could wish. Beautiful children like angels, fit as a fiddle and joyful as if they won the lottery.

This site uses Akismet to reduce spam. Learn how your comment data is processed.